In which I critique American Beauty fifteen years too late…

I remember when I used to love to go to the movies. I went almost every weekend, because I could find a movie I wanted to see every weekend. I was often surprised by something entirely new: Pulp Fiction, The Big Lebowski, American Beauty.

It seems those days are passed. I can no longer get to the movie theater as often as I used to–one of the downsides of being a parent–but even when I have the opportunity, I rarely find something I’d like to watch. Even watching movies at home, with all the choices available to me now, is a chore. With rare exceptions, movies are no longer surprising. They are safe, and I feel like I’ve seen all those explosions, heard all those jokes, before.

I thought I might turn to movies I watched long ago to see if they still hold up. First up: American Beauty (primarily because it is streaming on Netflix). Remember this?

Fifteen years later, I have a very different take on this film. Move on if you haven’t seen the movie because I’m about to spoil it big time.

But on a rewatch, it occurred to me that maybe this movie is much more subversive than I originally thought. The events of the film are presented through Burnham’s distorted, thoroughly unreliable point of view (he is the narrator). It is only in the last few minutes of his life that Burnham sees how wrong he has been about pretty much everything. His wife is not a nagging shrew but is only unhappy because her partner has turned into unsupportive dead weight, another child for her to raise. His daughter is not a bitch but a damaged child searching in vain for a father. His daughter’s friend is not the nymphet Lolita of his fantasies but just a naive young girl and his fantasies are basically about child rape. And the kid next door who he so romanticizes, his “hero,” is actually just a skeevy drug dealer and quite possibly a sociopath who no sane dad would want dating his daughter. 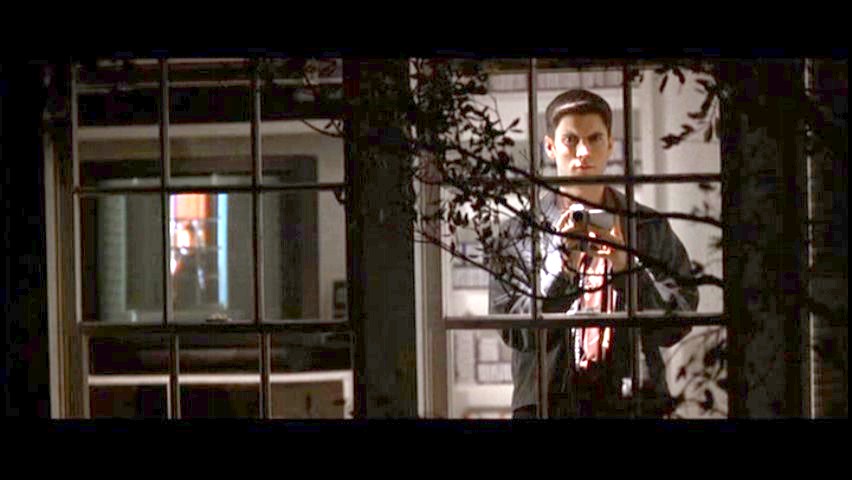 In fact, Lester is killed by another version of a man-boy, the character played by Chris Cooper, who has refused his whole life to grow up and admit to the truth about himself or about the world. When that truth finally hits him in the face, he reacts in the most immature way possible, with gun violence.

All those people who watch this movie and admire Lester Burnham and want to be like him are actually part of the joke. Because Lester Burnham is thoroughly unadmirable, in every possible way, and his scant redemption comes far too late. I think what the movie’s real message is that yes, there is a lot that is soulless and twisted about modern society, but regressing to man-boyhood is not the way to deal with it.

Well, maybe I’m projecting, but that’s what we do with art. I just still want to like this movie.