Recommended reading: White Is for Witching 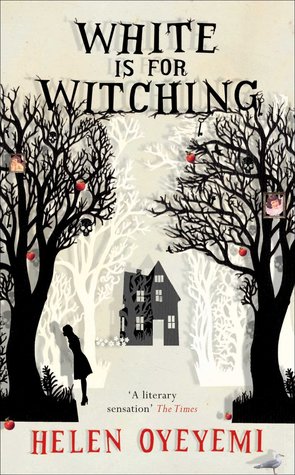 At this time of year, when the leaves are changing colors and there is a little nip in the air, it’s only natural that we start craving ghost stories. With that in mind, here is a recommendation for you: White Is for Witching by Helen Oyeyemi.

Miranda Silver is the ultimate goth girl, pale with jet black hair, waif-thin due to an eating disorder that compels her to eat chalk–she could have stepped from the pages of an Edward Gorey book. She has a rather creepy relationship with her twin brother, Eliot. Her mother was recently violently killed, leading to Miranda having a mental breakdown, and her father is lost in his own dream world of grief. Despite all this, Miranda is accepted to Cambridge, where she meets and eventually becomes lovers with a refreshingly normal girl named Ore. Oh yes, Miranda also lives in a malevolent, conscious house that harbors the spirits of her female ancestors and greedily wants her as well. She probably should have known better than to bring Ore home.

This is quite a strange book, very slippery, difficult to nail down what the story is exactly. The writing slips almost without delineation between different narrators and different times. The effect is hallucinatory, dreamlike. Like a funhouse in a carnival, the haunted house here is full of illusions, shifting its interior space in order to confuse and ensnare its occupants–it is conscious; it is acting; it is not just a figment of a mentally disturbed mind.

I have seen this book compared to one of my favorite ghost stories, The Haunting of Hill House, and I have no doubt that Jackson inspired Oyeyemi. Hill House too was ambiguous; it also wondered whether houses could be alive, whether they could want someone and act accordingly. I think Jackson’s novel is the cleaner story, but Oyeyemi here plays with Jackson’s ideas with interesting results.