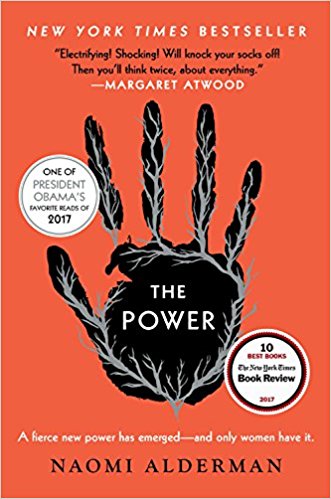 My favorite read this month was The Power by Naomi Alderman, which I gave five stars. It posits what if a power awakens in women, an innate ability to generate electric power, so that they can defend themselves and hurt other people, so that they, in just a few years, become more powerful than men? I found this book exciting, challenging, uncomfortable, sometimes horrific, and just thought-provoking on so many levels–our assumptions about gender roles, about power structures, about religion, about history and who writes it.

I had a lot of good reads this month, so I’m giving honorable mentions to: The Song of Achilles by Madeline Miller; Unbury Carol by Josh Malerman; The Outsider by Stephen King; and Shoot the Damn Dog: A Memoir of Depression by Sally Brampton.