This is a series of reviews of my favorite books published between 2010 and 2019. These are shorter reviews of good reads published in 2011. 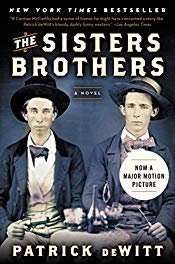 The Sisters Brothers by Patrick DeWitt (2011)

The notorious hired killers, the Sisters brothers, set out on one last job to track down and kill a gold miner and inventor at the height of the California Gold Rush. I enjoyed this book quite a lot. The narrator, Eli Sisters, has a distinctive voice, and the dialogue between him and his brother is really snappy, almost cinematic. Their adventures getting from the Oregon territory to California and book are infused with a lot of dark humor. I wouldn’t say there was much substance to this story, but it sure was entertaining. 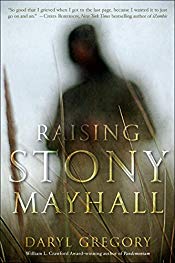 This is different from any zombie novel I have ever read. After a zombie outbreak is put down by the government in the late ’60s, a woman and her three daughters discover the body of a dead girl in a field during an Iowa snowstorm. The girl is holding a baby–a baby who is not alive but who still moves (the title character). The family hides the baby, and he inexplicably begins to grow. After he is involved in a car accident as a teenager, Stony must escape and discovers a network of zombies who have gone underground. This book had great characters, a fun plot full of conspiracies, and a unique take on the zombie story. I thought it was a blast.

This feminist retelling of The Scarlet Letter takes place in a near-future, fundamentalist Christian dystopia where abortion has been outlawed and offenders awake to find that their skin has been changed into a bright red color. These Chromes, as they are called, are released into society, where they face being ostracized, assaulted and possibly murdered. The she of the title is such a convict, who at first tries to accept her punishment but finds she must eventually flee her society as she discovers that everything she was taught and believes is wrong. In the same ilk as The Handmaid’s Tale, although a good deal less subtle, When She Woke is an interesting addition to the expanding niche of feminist dystopia. 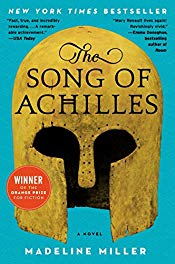 The Song of Achilles by Madeline Miller (2011)

This was an entirely absorbing account of the loving relationship between Achilles and Patroclus from when they were boys throughout the ten years of the Trojan War. Miller made these characters complex and real people who developed and became their own men over time. This also reminded me why the story of the Trojan War is such an enduring one (and Odysseus remains my favorite character). 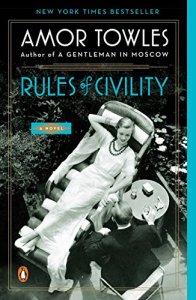 Chronicling the year 1938 for Kate Kontent, the year she comes of age and comes into her own, this book is part love letter to New York City, part gushing fan of the great writers of the time. 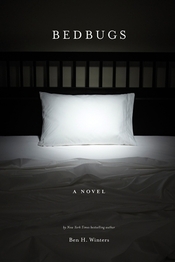 This is basically a ghost story, except with bedbugs. Young family moves in new place with weird landlord; the mother begins to suspect something is very wrong, something only she can perceive. Set in Brooklyn, it capitalizes on the worst fear of the privileged; there is even an exterminator to the stars. The over-the-top tone worked for this short novel, which echoed the tropes and the hint of shlock of some of my favorite 1970s horror stories.