Favorite Books of the 2010s: The Book of Strange New Things by Michel Faber 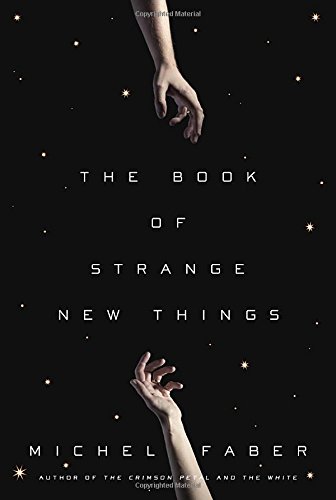 The Book of Strange New Things by Michel Faber (2014)

A Christian preacher travels to another planet, Oasis, to minister to the alien natives and finds himself becoming more distant from his wife, left behind on Earth where society seems to be collapsing.

This was an absorbing, thought-provoking read, not so much science fiction as a novel that employs science fictional elements to explore human needs for love, faith, and something to believe in. In that way, it joins a long tradition of science fiction books that use first contact with an alien species as a way to look at our own complicated relationship with God and religion. This novel adds an apocalyptic/dystopian element to the equation, raising the questions of whether our civilization can survive and how we might undertake to build a new civilization completely from scratch. It’s very interesting to explore that question from the point of view of a faceless mega-corporation employing calculated, ultra-rational techniques such as might have been developed by the HR department to populate that new civilization. But the heart of this story is a marriage: Can marriage survive when partners are separated by great distances and are having radically different experiences? There is so much going on in this novel that it provides endless food for thought. I am glad to have discovered Michel Faber as a writer and would add him to the ranks of talented literary speculative fiction writers such as David Mitchell and Kazuo Ishiguro.