This is a series of reviews of my favorite books published between 2010 and 2019. These are shorter reviews of good reads published in 2015.

This novel follows two characters–only slightly connected–who are both from Oklahoma City and are both struggling to get past unresolved mysteries from their youth. Wyatt, now a private investigator living in Las Vegas, returns to Oklahoma City as a favor for a friend to find out who is harassing a woman who recently inherited a bar; the trip brings up buried memories, because when Wyatt was fifteen and worked at a movie theater one summer, he was the only survivor of a mass shooting and robbery there and has since struggled to figure out why. Julianna never left Oklahoma City; she is a nurse who is obsessed with what happened to her older sister, who disappeared from the State Fair that same summer. These two characters’ paths occasionally cross, but their stories are separate and are both engrossing. With three mysteries in one, this novel is understated but not slow-moving, with well-defined characters and a fascinating subtext about how we inadvertently touch so many other peoples’ lives as we go about living ours. 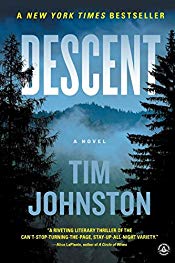 On a family vacation in Colorado, an eighteen-year-old girl goes for a run on a deserted mountain road, accompanied by her younger brother on a mountain bike, when the worst thing happens. The boy is left injured, and the girl has disappeared, plummeting her family into a nightmare. This book was so much more than the escapist thriller I was expecting. It never goes in the expected direction. Johnston’s writing style is spare but evocative, and he does a remarkable job of breathing life into the wild mountain setting and all the characters, large and small, allowing the reader to fully inhabit this book’s world. While the subject matter is undeniably rough, the story itself has a quality of myth, addressing themes of fate and chance and what it means to be a hero.

The Bazaar of Bad Dreams by Stephen King (2015)

Stephen King seems to have taken a cue from Neil Gaiman and has included a brief introduction to each of the stories (and two poems) in this new collection. I like the additional information. This is a standard collection, entertaining but not outstanding. I had read several of the stories before in other formats. Running themes include aging, mortality, dealing with the curve balls thrown at us by life. (King also tackled the mortality theme in his recent novel Revival.) The mood was more elegiac than horrific, although the first story about an alien car that eats people is vintage King. I enjoyed many of the outliers more, though, such as the comic story, “Drunken Fireworks.” 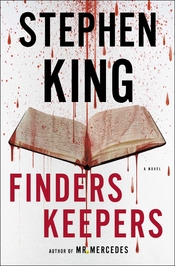 I actually liked the follow-up to Mr. Mercedes better. That’s because it’s about readers and how obsessed we can get with our favorite books, writers, and characters. It’s also a page-turner — just what you’d expect from King. You can read this without reading Mr. Mercedes first.

In this zombie apocalypse, an infection is what makes zombies, and you could be carrying the virus for twenty years before it might suddenly activate. Those who might be carrying the virus but haven’t turned are tattood with a big plus sign on their left hands for “positive” and sent to medical camps. This happens to the narrator, Finn, after his mother turns into a zombie. This is basically a page-turning road-trip adventure, with lots of bad guys like road pirates and death cultists, and a few zombies to add a constant element of danger and provide an explanation for why all these people are so awful to each other. It was quite epic, in that Finn has a hard time getting to the medical camp in the first place after falling in with some looters, then discovers the medical camp is a hellhole and has to lead an escape and find a new place where the positives can live. For a zombie novel, this one held my attention and kept me engaged all the way through.

The Natural Way of Things by Charlotte Wood (2015)

This was a harrowing survival story about ten girls who are drugged and taken to an abandoned sheep farm in the Australian Outback, where they are kept imprisoned by an immense electrified fence circling the compound. The girls’ only commonality is that they were all involved in public sex scandals. Their captor is an impersonal corporation, which has imprisoned them for unspecified reasons, and their guards turn out to be as much prisoners as they are when the power is turned off and the food stores start to run out. The ordeal takes a different psychological toll on each character, with some breaking down and others learning how to survive off the land they are stranded in. This was often a difficult read, but also sometimes quite beautiful in its description of the landscape and the animals living it, and the transformation of the two main characters as they rejected the misogynist narrative that had landed them in this place and reverted to their more essential selves was very compelling.