Favorite Books of the 2010s: Borne by Jeff VanderMeer 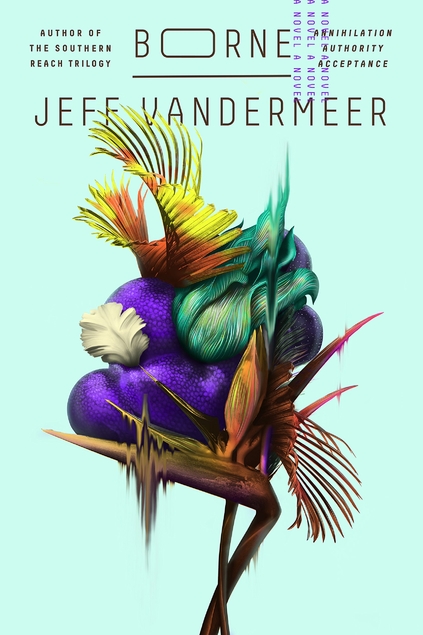 A fable disguised as a dystopia, set in a ruined City on an unnamed Earth, where Rachel scavenges for supplies to give her lover, Wick, who makes biotech to sell to other survivors. The City is ruled by a gigantic bear, Mord, a bio-engineered relic of the once-powerful Company, and a woman known only as the Magician schemes to take over. Then, Rachel finds some strange biotech, which at first she thinks is just a plant, but he grows and changes and shows his intelligence. She names him Borne, and although she loves him and thinks of him as a child she is raising, she does not know what he is exactly, or how dangerous.

This is a story about what a person is and how a person is made. It is a fairy tale, with a quest and a battle and possibly a happy ending. What I enjoy about VanderMeer’s writing is the strangeness of his imagination, and yet how he makes that strangeness accessible to readers like me. Although I did not enjoy Borne as much as I did the Southern Reach trilogy, I found it thoroughly absorbing, a compelling story set in a strange and magical, yet familiar, world.