Favorite Books of the 2010s: The Poison Thread by Laura Purcell 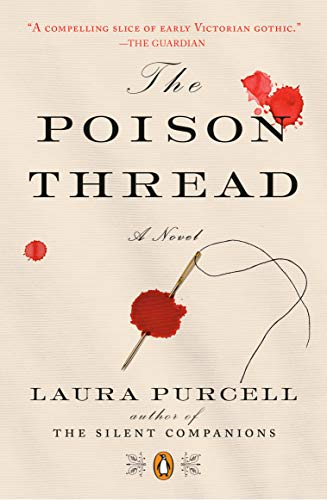 The Poison Thread by Laura Purcell (2018)

The original British title of this old-fashioned horror tale is The Corset, which I think is much more fitting than The Poison Thread. Not only does a corset feature prominently in the story, but the women characters–the two narrators, Ruth and Dorothea, as well as the surrounding cast–are bound up, restricted by the time and place in which they are living. This is a story about abuse, poverty, desperation, and control. But the young girl Ruth finds her personal power in her sewing; she believes she can embroider death into the garments she makes. Whether she is correct about that is the central mystery of the story. In prison for killing her mistress, she tells her story to Dorothea, an upper-class do-gooder who wants to live an independent life out from under her father’s thumb. As Ruth tells Dorothea her story, the two starkly different lives become more intertwined, leading up to a startling ending. The story deftly blends elements of the gothic, horror, and mystery.